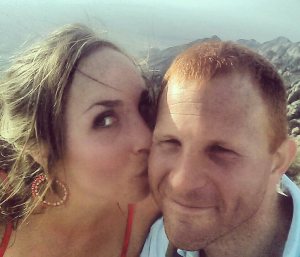 Bacon used to repulse me.
No, I’m not making it up.

Over the summer of 2012, after years of bacon repulsion, the last person on earth to convert to Baconism (ahem, me), inexplicably gave in and joined the ranks of fun-loving bacon enthusiasts.

It took one very tasty accident and I became a bacon aficionado, addict, evangelist, and enabler. I wouldn’t be at all surprised if I burn out and need to go to bacon rehab in the very near future. Kidding. Sorta.

I was obsessed enough to make my love of bacon visible.

So, I started this blog on a whim after dinner on Jan 1, 2013 as a sort of anti-New Year’s resolution. Blogging about bacon everyday, and making a lot of tasty bacon recipes? Now that was a New Year’s resolution I could stick to. None of  that diet and exercise stuff (cliche. snore).

Why I couldn’t have just stuck to eating bacon — and maybe blogging about it a simple once or twice a week — I’ll never know. But noooo, naturally I had to go and take it the bacon extreme, resolving to post bacon love daily. You know, in my “free time,” whenever that is.

But anyway, that is how this 365 Days of Bacon food baby blog was born.

And here are a few lines from its favorite Dr. Seuss book:

Do I have a dietary bias?

Well, yes, actually. If it matters…

You can expect my recipes to be naturally low-carb, gluten-free, sugar-free, and (generally) Paleo-approved. I avoid grains, beans, legumes, and soy. I’d give up dairy if it weren’t for cheese. I follow a low-carb, Paleo diet.

Which works well with bacon.  🙂

But wait! Is it healthy to eat THAT much bacon?

What I can tell you is that bacon has gotten a really, really bad rap over the years, mostly because people incorrectly believe that FAT IN = FAT ON and they are scared of the calories and fat in bacon. But the truth is, our bodies are so much more complicated than a simple FAT IN = FAT ON relationship.

Bacon contains fat AND protein, two absolutely essential macronutrients that support healthy, happy human bodies. And if you’re not buying the nasty, over-processed bacon (I recommend uncooked, uncured, no junk added) there’s no reason to worry about it.

But don’t just take my word for it, see what some of the experts say about bacon: